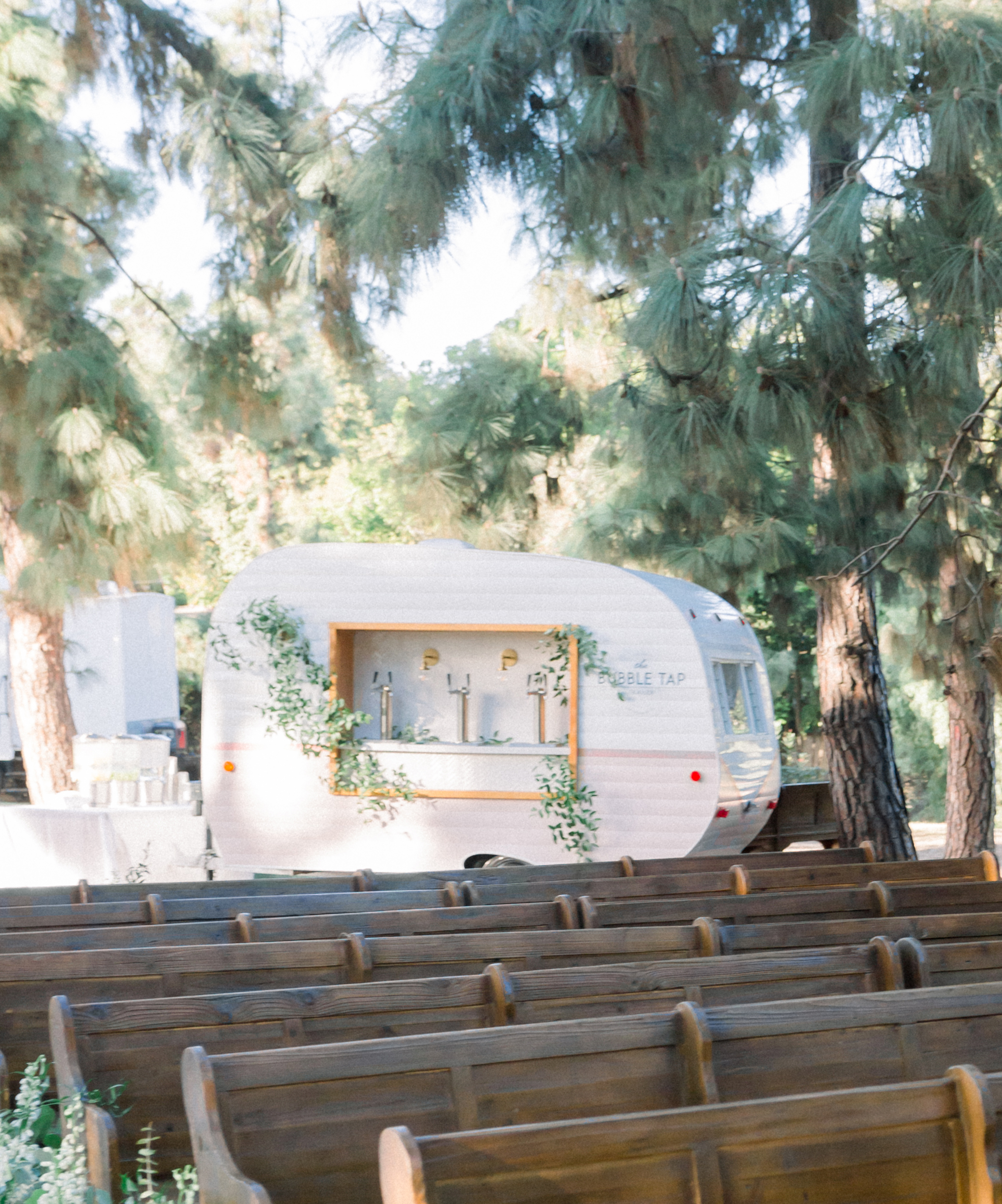 The Bubble Tap Trailer by Tap Trailer Co. is the first mobile bubbly bar in the U.S., owned and operated by two effervescent sisters who bring fizz and style to celebrations, events and festivals. Based in Los Angeles, the buzzy new concept has sparked a fast-growing national franchise business serving up prosecco and other bubbly offerings on tap from its signature mobile bar crafted from a fully renovated vintage camper.

It’s been love at first sip for some of L.A.’s most notable names and female entrepreneurs who have excitedly embraced the concept at their own buzzworthy events, from Goop’s Gwyneth Paltrow, TV host and comedian Ellen DeGeneres, Fabletics founder Kate Hudson and many more.

Most notably, Tap Trailer Co. garnered the attention of executive producer, entertainer and former *NSYNC member Lance Bass who fell drunk in love with the company and its vision and quickly became an active partner and promoter of all things Bubble Tap.

Sisterpreneurs Jen and Nicole Disotell are committed to bringing the party to their fellow female businesswomen. As part of the global effort for an equitable economy, the Disotells are committed to ensuring that at least 80% of all Bubble Tap Trailer franchises are women-owned. Using a significant portion of their time, support and resources, the sisters are helping other women realize their dreams one Bubble Tap Trailer at a time.